Biohope, an R&D company dedicated to the development of precision medicine IVD tools for chronic inflammatory conditions, announces the completion of the TRANSBIO clinical study.

The TRANSBIO clinical study has included nearly 200 patients from 9  international hospitals. Data on patients’ clinical and immunological history has been collected as well as a blood sample has been tested with IMMUNOBIOGRAM® (IMBG) to evaluate the expected immune response of the patient when exposed to the most common immunosuppressive drugs (tacrolimus, cyclosporine, azathioprine, mycophenolic acid, prednisone, sirolimus and everolimus). 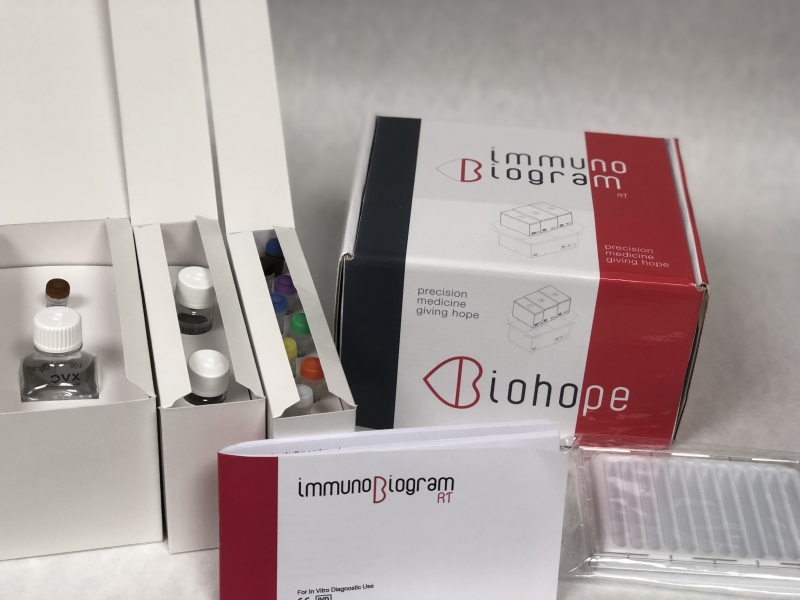 The conclusions of the TRANSBIO clinical study will be released to the public during the European Congress of Transplantation, Copenhagen 13-14 September 2019. As a summary, results indicate that IMBG is a functional tool for the management of patients who undergone a kidney transplantation in order to personalize the immunosuppressant treatment.

The TRANSBIO clinical study has allowed to confirm the statistically significant correlation between the result of the IMBG and the clinical evolution of the transplanted patient, which means that is a it a promising tool to personalize and better adjust medical treatment in renal transplantation patients.

The signs of graft rejection are significantly associated with more resistance to the drugs tested in the IMBG assay. On the contrary, patients with good clinical outcome are significantly associated with more sensitivity to the drugs they take, confirmed in the IMBG assay. Therefore, we can confirm that the sensitivity or resistance to the immunosuppressant drugs, determined by IMBG assay, is a relevant factor in renal transplantation clinical outcome in terms of rejection.

In addition, the TRANSBIO clinical study have proved the reproducibility of the IMBG test, provided that the result is determined under expert evaluation (clinical immunologist). Nevertheless, we have developed and validated the IMBG analysis software, to standardize the interpretation of the IMBG test results, facilitating the expert review.

The IMBG technology is protected under a granted European product patent, totally owned by Biohope, that have been expanded worldwide through an international patent (PCT).

Biohope expect to launch IMBG to the European market in 2020.

This website uses cookies to improve your experience while you navigate through the website. Out of these, the cookies that are categorized as necessary are stored on your browser as they are essential for the working of basic functionalities of the website. We also use third-party cookies that help us analyze and understand how you use this website. These cookies will be stored in your browser only with your consent. You also have the option to opt-out of these cookies. But opting out of some of these cookies may affect your browsing experience.

Performance cookies are used to understand and analyze the key performance indexes of the website which helps in delivering a better user experience for the visitors.

Analytical cookies are used to understand how visitors interact with the website. These cookies help provide information on metrics the number of visitors, bounce rate, traffic source, etc.

Advertisement cookies are used to provide visitors with relevant ads and marketing campaigns. These cookies track visitors across websites and collect information to provide customized ads.

Save & Accept
Go to Top