To help prevent organ rejection, transplant recipients could receive drug cocktails personalised to their own immune systems if a new test, which has passed early trials, is successful. And new methods for scrubbing animal tissue could enable humans to benefit from other species’ organs in the future. 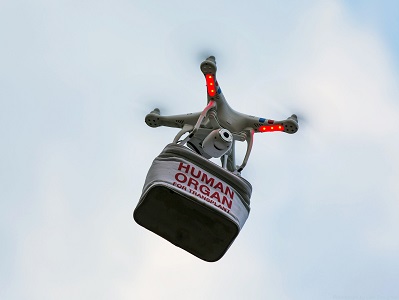 In the EU alone, there were 60,000 people on waiting lists for organ transplants at the end of 2017. The lists are growing as a result of trends such as the rise in diabetes, which has led to the need for more kidney and pancreas transplants.

One enduring problem, however, is that the immune system fights the arrival of a foreign organ, which is why doctors give patients immune-suppressing drugs. Nevertheless, 30% to 50% of kidneys transplanted are lost within 10 years because of rejection.

But people’s immune systems vary in their responses to different drugs. At the moment the choice of drug is a matter of trial and error, said Dr Isabel Portero, founder and chief executive officer of Biohope, a company based in Madrid, Spain.

And the organ can be unnecessarily damaged while the best drug is found, reducing the length of time it will last. In the case of the most common transplants – kidneys – a failed transplant means dialysis, which costs tens of thousands of euros per year per patient, said Dr Portero.

It’s a very different situation when prescribing antibiotics, Dr Portero points out. If you have an infection, a doctor can send a blood sample or swab for analysis. Labs will grow bacteria from the sample and test their susceptibility to different antibiotics.

‘It’s very cheap and it works,’ said Dr Portero. After a long career in biomedical research and development, in 2012 she began to wonder whether a similar test could be developed to test anti-rejection drugs.

‘It was very strange that nobody did it before,’ she said, adding that she had found only one study in the literature that had been done in an academic setting with unwieldy apparatus.

Dr Portero began working on developing a test and founded Biohope in 2015. However, she found that creating a test was more challenging than she had anticipated. One challenge was that it proved difficult to grow immune cells in culture; another was scaling up the test while keeping it simple and able to give consistent results.

‘It’s not simply applying the antibiotics story,’ she said. Nevertheless, a version of the test, known as Immunobiogram, is ready.

In a pilot study as part of the TRANSBIO project, her team tested immune cells taken from patients who had already received transplants some years ago, and found they could measure a variety of responses to different drugs. Their findings reflected the patients’ actual clinical outcomes.

Dr Portero cautions that other factors influence the success of a transplant – such as the health of the patient, the age of the organ and donor-recipient compatibility – so the test cannot precisely predict the outcome.

‘They do have tests that address many of the other factors … but to anticipate the potency of the drug over the patient cells is one of the key ingredients of the cake.’

Now Biohope is awaiting the results of a trial of Immunobiogram involving 200 patients from five countries. Dr Portero says early results, which will be announced at an organ transplantation congress in September, are promising.

This website uses cookies to improve your experience while you navigate through the website. Out of these, the cookies that are categorized as necessary are stored on your browser as they are essential for the working of basic functionalities of the website. We also use third-party cookies that help us analyze and understand how you use this website. These cookies will be stored in your browser only with your consent. You also have the option to opt-out of these cookies. But opting out of some of these cookies may affect your browsing experience.

Performance cookies are used to understand and analyze the key performance indexes of the website which helps in delivering a better user experience for the visitors.

Analytical cookies are used to understand how visitors interact with the website. These cookies help provide information on metrics the number of visitors, bounce rate, traffic source, etc.

Advertisement cookies are used to provide visitors with relevant ads and marketing campaigns. These cookies track visitors across websites and collect information to provide customized ads.

Save & Accept
Go to Top